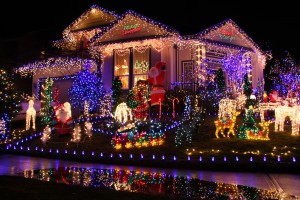 He is Caucasian, under the age of 25, and he lives within 2 miles of your home. No, we are not describing your son’s friend Jimmy. We are profiling the average burglar in the United States. Why? Well, ‘tis the season crime rates soar!

According to the Federal Bureau of Investigation (FBI), nearly 400,000 burglaries take place in the U.S. annually between the months of November and December. That is a 51% rise in burglary crimes.

So how can you make your home safer this holiday season? A New Fence from Hercules Fence. A fence is a great way to deter would-be burglars. Why? The average burglar wants to spend less than one minute to get into a home. A fence makes this significantly harder. Even though it is possible for a burglar to scale a fence, this act typically does not go unnoticed.

So do the right thing for you and your family. Consider investing in a new fence.

For more than 50 years, Hercules Fence has been providing exceptional fence services to the people of Northern Virginia and the surrounding area. Over the years, we have developed a reputation for professional service and quality installation. Our experienced sales and installation staff can handle any of your fencing needs.